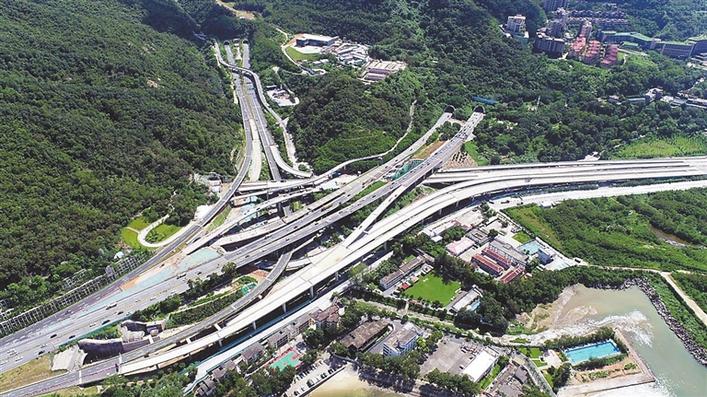 An aerial view of part of the Yantian Port East Interchange. Courtesy of the city’s transport bureau

The major structure for the Yantian Port East Interchange project, said to be one of the city’s most complicated road and bridge projects, was completed Sunday, after 962 days of construction.

Yantian Port East Interchange is a transport hub that offers interchanges for vehicles running on five expressways and trunk roads including Yantian-Baguang Expressway, Pingshan-Yantian Passage, the under-planning Yantian-Longgang trunk road and the road that links with the port area.

The completion of the project’s major structure, an important node in Yantian to relieve heavy vehicle traffic in the port area, laid solid foundation for the road hub’s operation before the end of the year.

Xiangmihu Overpass, designed to relieve traffic pressure on Shennan Boulevard and Xiangmihu Road, will be fully open to traffic before end of the year after the rest of the project is completed.