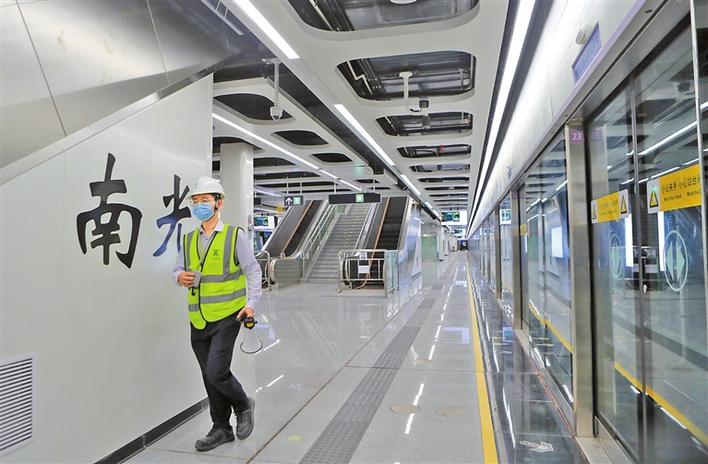 The Metro stations and train operation system of Line 12, scheduled to be put into operation before the end of the month, adopts more user-friendly designs for passengers.

They include a congestion severity display system, air-conditioned carriages and a video-talking system.

During a test ride Thursday, local residents and reporters experienced the conveniences the new line will bring.

If a passenger feels unwell or needs help, he or she can contact the control room of the station through the video-talking system installed at the hall.

Aside from the convenient features, some of the stations were artistically designed to reflect various local cultural features.

The mural at Zuopaotai East Station used stars, cranes, mountains and seas to reflect the port in old and modern times. Taiziwan Station is futuristic and modern, thanks to the combination of lights and technologies deployed to show lighting materials and devices in different colors and forms in public areas. Nantou Ancient Town, an important historic site in Shenzhen, is well presented through an art wall at the station.

The line has 33 stations including 20 transfer stations with existing lines 1, 2, 5, 9, 11 and 20, as well as future lines under planning or construction.