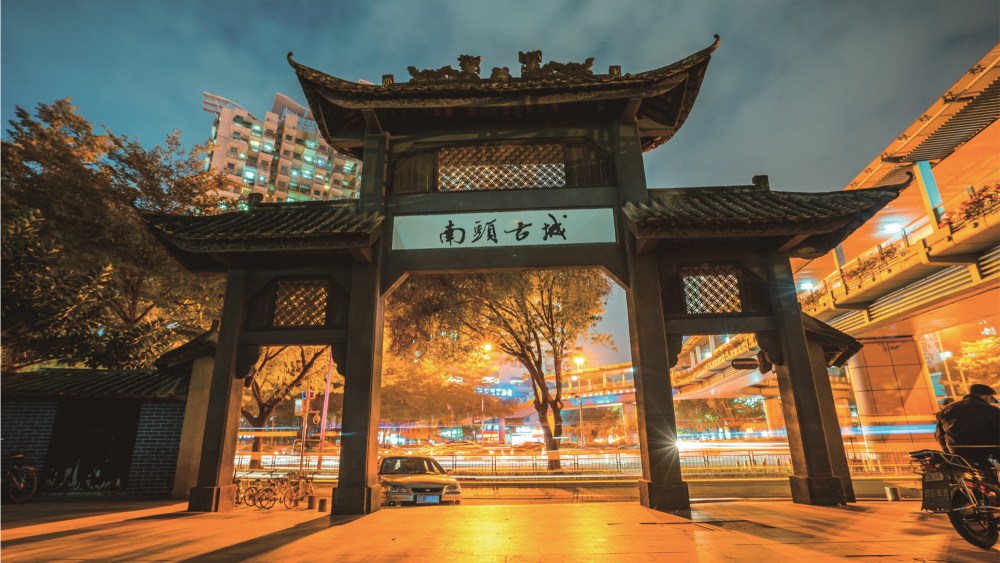 It was first built to guard Dongguan and later became a government department location for Xin’an County.

Inside the town, there is Guandi Temple and Dongguan Chamber and Maritime Defense Public Department. Traditional residential houses and temples with styles from the Qing Dynasty can also be seen inside the ancient town.

The best way to have a bird’s-eye view of the ancient town is by standing on the top of Nanshan District’s Labor Bureau Building.

According to ancient county records, Shenzhen has a history of more than 1,600 years.

Metro: Line 1 to Taoyuan Station (桃园站), Exit B and then take a 5-mintue walk