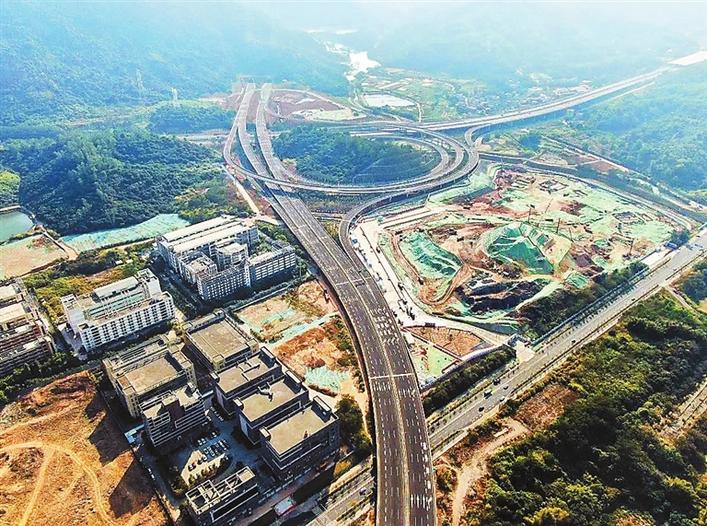 The trip from Pingshan to Yantian is cut to 10 minutes with the opening of the 11.2-kilometer Pingshan-Yantian Passage (Pingyan Passage) to traffic starting from 6 p.m. yesterday, the Shenzhen transport bureau said at its official WeChat account yesterday.

The passage links Pingshan Boulevard with Yanba Expressway in Yantian District. The opening of the passage also cuts the trips from Pingshan to Futian and Luohu districts to 20 minutes and 30 minutes, respectively.

As a major trunk road linking Pingshan with Yantian and the city’s central district areas, the passage is designed at 80 kilometers per hour and has six lanes. It includes two large overpasses namely Jinlong Overpass and Yangang East Overpass, as well as Maluan Mountain Tunnel and several bridges.

The 7.9-kilometer tunnel has two independent entrances for southbound and northbound vehicles respectively. It is the longest tunnel for urban transportation in Guangdong and even in China. The tunnel’s deepest point is about 337 meters under the mountaintop. The ventilation well, 16 meters in diameter and 194 meters deep, is the deepest tunnel ventilation well among China’s urban projects.

Pingshan, located in northeastern Shenzhen, is trying to build an intensive and extensive transportation network to stimulate the district’s development.

By 2025, residents in Pingshan will be able to have access to expressways, trunk roads and Metro stations within 10 minutes, and reach Shenzhen CBD, the Shenzhen airport and the checkpoints in 30 minutes and the core cities of Guangdong-Hong Kong-Macao Greater Bay Area in 60 minutes.