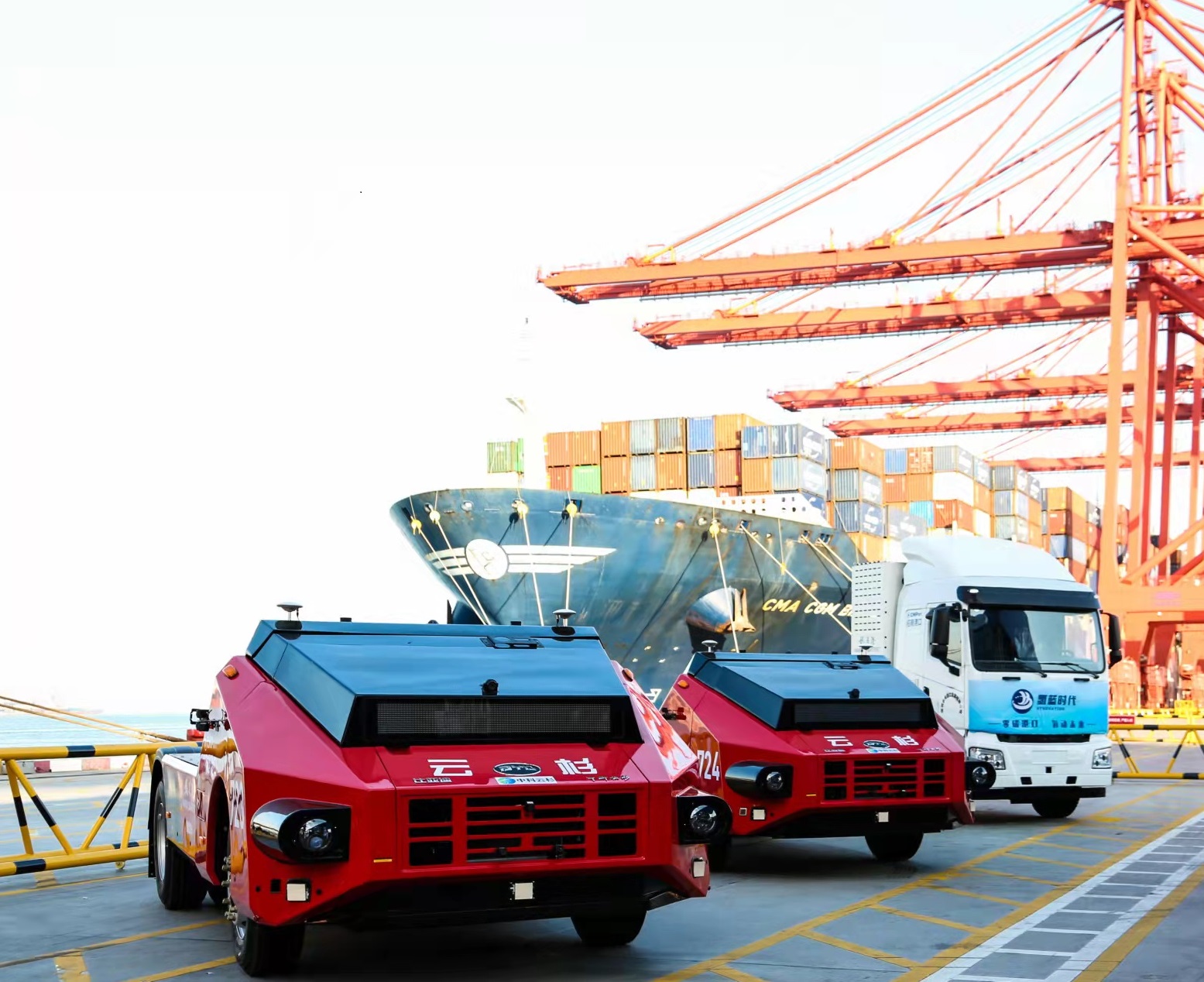 Driverless trucks in operation at Mawan Port on Sunday. Courtesy of Shenzhen Customs

Mawan Port, after a three-year renovation, has been upgraded into a port with two container berths for 200,000-ton ships.

During the inauguration ceremony Sunday, a container was remotely controlled and loaded onto a driverless truck which followed a route in the system to the container yard. The container was then hoisted by a crane and placed at its designated location. The automated operation reduced the number of employees on site as well as safety risks.

The smart port is expected to help reduce emissions of 1,350 tons of nitrogen dioxide, 450 tons of carbon monoxide and 15 tons of sulfur dioxide.

The smart technologies will also help improve customs clearance and supervision efficiency. According to Shenzhen Customs, the whole process of container handling including loading, unloading, inspections, logistics and fee settlements could be checked online.