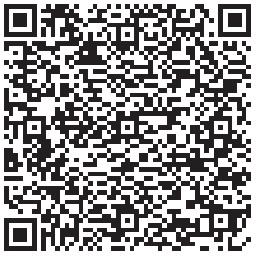 Scan the QR Code to watch the video on the Shenzhen Daily WeChat account.

Dozens of expat musicians living and working across China cooperated to make a heart-touching music video to support China in the fight against the novel coronavirus pneumonia (NCP) epidemic.

The video was released Sunday. In the video, they sing “China, You Are Not Alone,” an original adaption of a song by Michael Jackson, in both English and Chinese.

All the lead singers in the video are from Cuba while the other participants are of various nationalities. Among the participants are seven Chinese children. All the participants used their mobile phones and other tools to record audio and video material from their homes in different cities, which was then compiled to make the four-plus-minute music video.

All the expat musicians in the video work for the same company, Shenzhen Meifeiya Culture Communication Co. Ltd., founded by Annie Xu from China, who initiated the creation of the production. “At first, we planned to donate money, but we didn’t know how to donate, and it was not much actually. So we decided to use what we are good at to contribute our part — music. Everyone agreed and we started to work on it,” said Xu.

“We decided to change the lyrics of the original song by Michael Jackson to make it more suitable for the current situation,” said Citara from Cuba, one of the lead singers who adapted the lyrics. “We are not doctors or scientists. We can only help cure hearts with a beautiful message.”

Currently living in Shanghai, Citara told the Shenzhen Daily that she has loved China since she was a child. “I always wanted to come here, and I feel very grateful for having the opportunity to share my music. I feel sad for what’s happening, but everything will be fine soon. China is a strong nation.”

“We are very happy with the result of this video because we believe that we have achieved the fundamental objective, which is to support the Chinese people who have welcomed us like a family. Another objective is to exalt the work done by thousands of people who risk their lives daily to fight this virus. The only way we all can help is to take measures to be safe. Thanks to all the people out there. China, jiayou (stay strong),” said Parra Morales and Coya Cruz.

David Francisco Escalona Guerrero from Cuba lives in Guangzhou. He is one of the producers of the song. “It was a team effort. It was the most interesting project I’ve been a part of. Now I feel super happy. Yesterday [Sunday] I sent the video to all my Chinese friends and they all felt very grateful. I know that many people will watch this video, and those people will know that they are not alone, because we are with you,” said Escalona Guerrero.

“I decided to participate in the video; it is my small contribution to the Chinese people through music,” said Raidel Borges from Cuba who also lives in Guangzhou. He played bass in the song and edited the video.

“We worked hard to get the message to people during the process of production. So when I saw the final result, I was touched because I feel the pain of the people. We love China, stay strong,” said Borges.

Daymara Viñals Acosta from Cuba, who currently lives in Guangzhou, told the Shenzhen Daily that the process was enjoyable and was surprised by the video’s reception. “I feel very happy to be part of this beautiful song and even more when many Chinese friends write to thank me for that.”

Oleksii from Ukraine lives in Shandong Province. He plays the violin at the end of the video. “I’ve been living in China for three years. I really like this country. I wish [for China’s] speedy recovery, China jiayou (stay strong)!”

Xu told the Shenzhen Daily that the seven Chinese children who also participated in the making of the video were moved to tears after watching it. “They said they want to become doctors and scientists when they grow up and to save lives.”

The video is touching the hearts of many people as it is shared on several social media platforms. It was published on the Shenzhen Daily official WeChat account Sunday evening and forwarded many times.