After careful planning and deployment, Futian District plans to build an innovative and entrepreneurship street with world influence by further integrating innovation resources, stimulating the vitality of business area and comprehensively improving the quality of Huaqiang North's humanistic environment, with focus on three major positioning of “innovation & entrepreneurship”, “technology & fashion”and “cultural tourism” and highlights on the brand effect of Huaqiang North Street as “China's first electronic street”. The goal is to build a cultural characteristic block with technology and fashion as the theme elements by adopting such measures as constructing “one street, one museum, three cities”, “2D industries in 3D space”, “Ten Views of Huaqiang”and “Four Plans”. 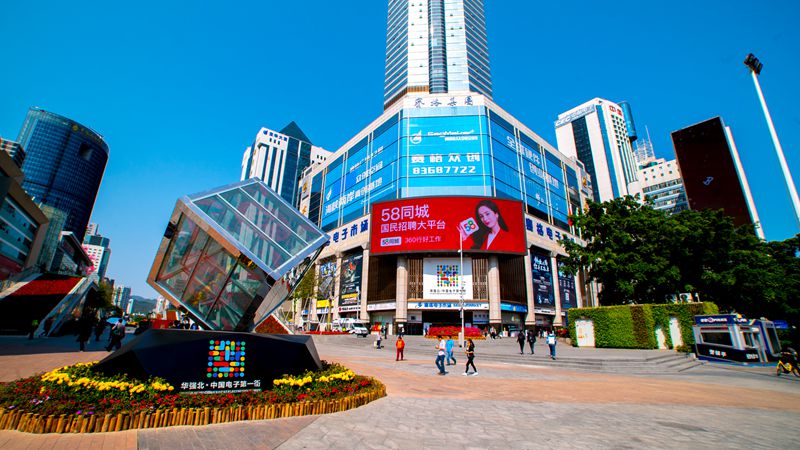 With a total building area of 1 million square meters, Sea World is deeply rooted in the international fashion coastal culture. Relying on the “connecting spirit” symbolized by “Minghua Cruise” and the two landmarks, the Nu-Wa Statue and the Sea World Culture & Art Center, it is the masterpiece of China Merchants Group in the project of rebuilding a new Shekou with a total investment of 60 billion yuan, integrating the functions of “business, leisure and entertainment, catering and shopping, hotel vacation, residence, culture and art”. Among them, the Sea World Culture & Arts Center (world-class cultural landmark) was created by the Japanese designer Fumihiko Maki, the Pritzker Prize winner, selected as one of the '2018 World's Top 100 Destinations'list by Time Magazine.

The Sea World Cultural block, which includes the 'Nine Landscapes', combines hydrophilic spaces and large-scale water show, the selection of global delicious food, highlighting freedom, tolerance and elegance to create the most creative and dynamic international coastal cultural commercial experience.Since its opening, it has won many industry awards such as 'Most Experiential Commercial Real Estate Project', 'China Most Influential Commercial Complex' and won the 'Shenzhen Cultural Business Card' in 2016. 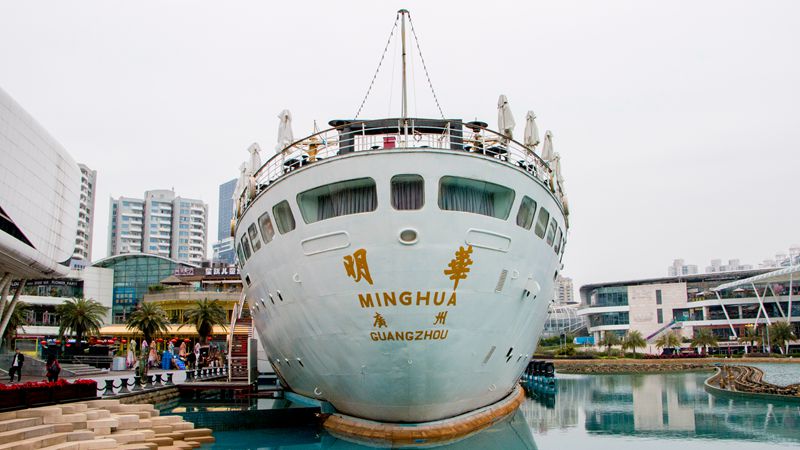 Modeled on ancient Gankeng villages, the OCT Gankeng Hakka Town, which covers an area of 180,000 square meters, explores Hakka culture and revitalizes the villages.By vigorously exploring the new path of “culture + tourism + urbanization” and applying the “IP+VR+AI” model, the OCT Culture Group carries out innovative tech-based cultural business planning. The Group has also innovated the “IP Town” model and implemented this model in its flagship Gankeng Hakka Town project. In 2017, the town was rated as the 2017 China Cultural Tourism Integration Pilot Area (Base) by the Ministry of Culture with its “IP Town” model. In 2018, it became the only scenic spot in Shenzhen named as the Guangdong Province Cultural Tourism Integrated Development Demonstration Zone. On May 21, 2018, CCTV's Focus Report program featured a special report on the successful practices at Gankeng. In December, it was upgraded to one of the Top Ten Distinctive Cultural Blocks for further development in Shenzhen. The Gankeng Hakka Town has developed into a famous Chinese Hakka cultural town at home and abroad.

Located in Dafen Community, Buji Street, Longgang District, Shenzhen, Dafen Oil Painting Village has attracted over 1,800 galleries and art organizations, and about 8,000 workers in the oil painting industry in the core area of only about 0.4 square kilometers. Moreover, totally there are about 20,000 workers in the business if the surrounding communities are included. Dafen is known as the “Leading Oil Painting Village in China”, as well as being one of the first “National Demonstration Base of Cultural Industry” in China, and the first one in Shenzhen. It is the forerunner as the ICIF branch, and moreover, it keeps the record of the most times of hosting ICIF (Shenzhen International Cultural Industry Fair) branches. In the future, Dafen will continue to adhere to the oil painting industry as the main foundation, and introduce art blocks, tourist towns, art hotels, creative designs and other forms of business, so as to build Dafen into a sales center of national oil painting industry and a well-known international art community.