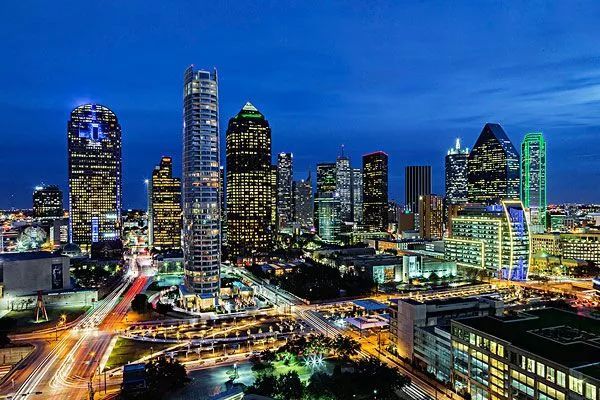 Dallas were initially developed due to the construction of major railroad lines through the area allowing access to cotton, cattle and later oil in North and East Texas. The construction of the Interstate Highway System reinforced Dallas's prominence as a transportation hub. Dallas then developed as a strong industrial and financial center and a major inland port, due to the convergence of major railroad lines, interstate highways and the construction of Dallas/Fort Worth International Airport, one of the largest and busiest airports in the world.

Dominant sectors of its diverse economy include defense, financial services, information technology, telecommunications, and transportation. Dallas is also home to 9 Fortune 500 companies and over 41 colleges and universities.

It became a friendship city of Shenzhen on October 14, 2004.