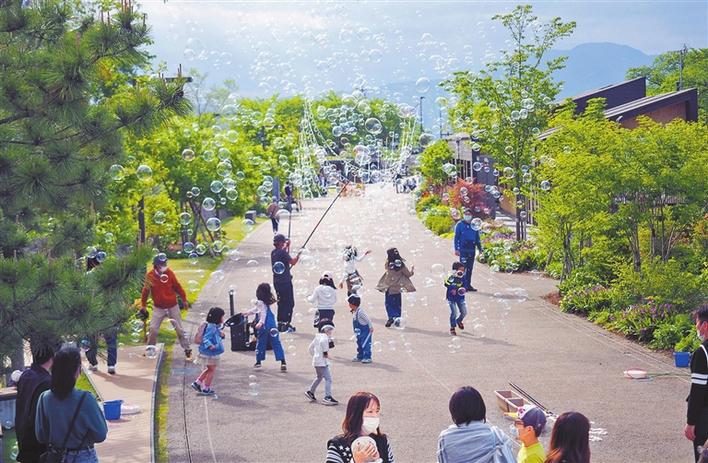 Cable, an experimental space dedicated to urban research, is exhibiting six case studies (via photos, videos, publications, documents and models) and two multimedia works at the “Streets for All” exhibition, examining communities’ participation in the transformation of urban space.

“Designing/Opposing the Chicago 21 Plan” discusses the Chicago 21 Plan which was a comprehensive development plan released in 1973. It intended to revitalize Chicago’s central business district. However, neighboring minority communities formed a coalition against the plan, protesting segregation and the declining funding for public housing and facilities. In the end, their community rights were partially maintained in the implementation of the Dearborn Park Project, while the Chicago 21 plan was mostly realized, and its influence lives today.

The “BIDs and Public Realm Renewal” at the exhibition examines the BID (business improvement district) project in New York City. In 1984, Con Edison and other property owners around Union Square Park formed the BID in the 14th Street-Union Square area. It urged individuals and institutions in the block to unite through economic interests. Operations and public activities were thus improved and promoted in many ways.

Similar “street-wise” projects are taking place in Chongqing. The Youdian Rd. Community Project was initiated by Zeng Tu and Zeng Lingxiang from the Sichuan Fine Arts Institute, Gao Jian from Gaia Studio and senior engineer Ni Lan. They have invited the local residents, design studios and young artists and social observers to participate in the project.

It not only solved residential environmental pollution through a meticulous environmental redesign but also let community residents re-establish mutual trust.

Community foundations are regarded as a new practice under the transformation of social governance, and the Shekou Community Foundation in Shenzhen becomes a linking hub for communal space, culture, education and other public resources, through a series of activities such as Car-free Day, Co-building Gardens and others in Shekou. The continuous operations have promoted environmental renewal and community integration.

The Kusanekko Project in Japan was launched with the opening of the Kusatsu River Memorial Park in 2017. In the planning stage, several citizen workshops were held in collaboration with Studio L and other organizations, allowing the public to think about the ideal state of public life. Since the park opened five years ago, 15 to 30 programs have been held each month.

The Haus der Statistik in Berlin has been unused for nearly a decade. In 2015, a group of artists joined forces with local socio-cultural institutions, art groups, architects and foundations to create an initiative for renovating the building into an affordable and sustainable public complex.

Key members subsequently worked closely with four administrations and state-owned enterprises to form Koop5 to advance the project, organizing cultural events to encourage public participation. Construction of the project began this year and is expected to be fully operational by 2025.