The Wangye Museum in Longhua District is hosting two exhibitions of its collected items: an ancient Chinese porcelain pillow exhibition and an inkstone exhibition, showing the unique charm of the daily utensils of ancient people in China. 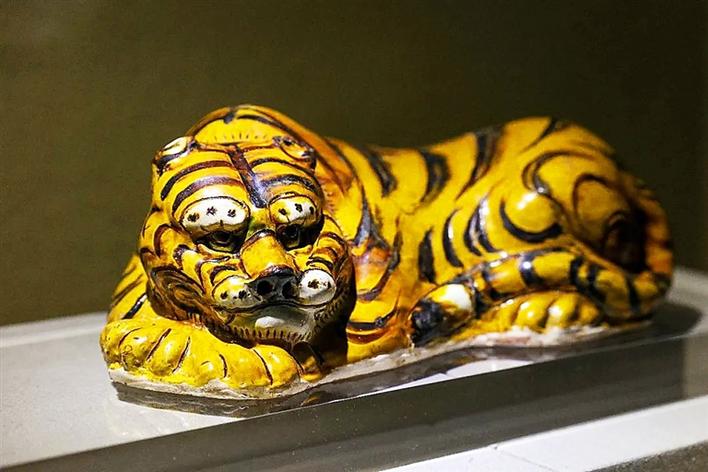 Porcelain pillows produced in the Song Dynasty (960-1279) featured a great variety and elegant shapes, including geometrical shapes, animals, leaves, architecture, babies and women. They were also made with colorful decorative patterns, which often included patterns of animals, plants, human figures, mountains, rivers and Chinese characters. The shapes and patterns reflect the culture, customs, fashions and pursuits of social life at that time.

Porcelain pillows are representative of the beautiful arts and crafts in ancient China but many modern people doubt whether it is comfortable to sleep on such a hard pillow. With porcelain pillows, ancient people were able to sleep tight during a hot summer; and hard pillows also helped ancient Chinese people to keep their hair from getting messy.

Additionally, ancient ceramic and clay inkstones are also on display at the museum. An inkstone is a stone mortar for the grinding and storage of ink. For serious calligraphers and painters, a good inkstone is as important as the quality of the inkstick itself. An inkstone will affect the quality and texture of the ink that is grounded. A good inkstone produces smooth and thick liquid ink while doing no harm to the brush. Together with brushes, ink and rice paper, inkstones are considered one of the “four treasures” in a study room in Chinese culture. 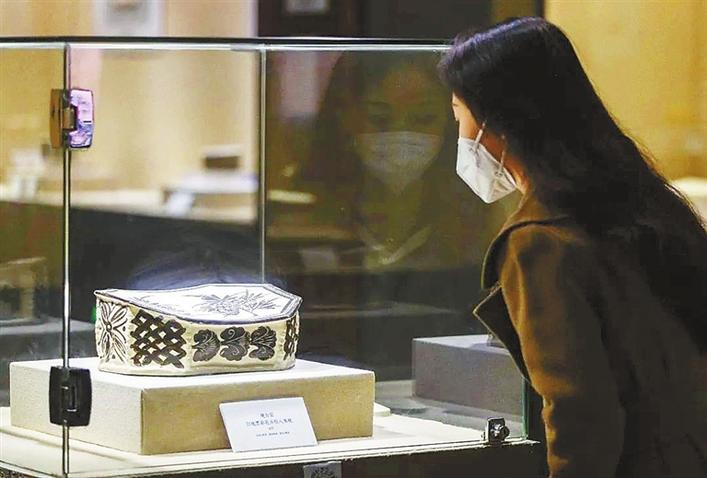 A visitor admires a porcelain pillow at the Wangye Museum.

At the exhibition, visitors can admire a collection of Chengni inkstones, one of the four most famous inkstone lines in China (the other three are She, Duan and Taohe inkstones). Originating in the Han Dynasty (202 B.C.-A.D.220), Chengni inkstones, instead of using a big chunk of hard stone, are made from the soft silt from the Yellow River, and are a specialty produced along the river in provinces such as Shanxi and Henan.

The very fine mud under the river bed is filtered, mixed with bonding material, dried and carved into inkstones, then fired in kilns. Because of the different minerals in the mud and also the different temperatures of the firing, final products show different colors. Chengni inkstones with the dark brown of eel skin, the dark green of crab shell, the light green of pea puree, the rouge of cinnabar or the purple of sandalwood are considered as the best.

An inkstone is a piece of art that reflects historical and cultural elements. Chengni inkstones also place emphasis on patterns and shapes. Ancient craftsmen carved into their surfaces decorative cultural symbols such as the dragon and the phoenix or Chinese characters with auspicious meanings such as happiness, longevity and good fortune.

The ending dates of both exhibitions are not yet announced.