A painting exhibition series, which is running throughout this year and includes 12 solo exhibitions of different artists, opened at the Nanzhong School in Pingshan District on Jan. 7. Entry is free.

The artists were selected from the Shenzhen Gongbi Painting Association, Shenzhen Young Artists Association and the Pingshan Art Association. Paintings in various styles, such as traditional Chinese painting, gongbi painting, oil painting and contemporary ink painting, will be on display. 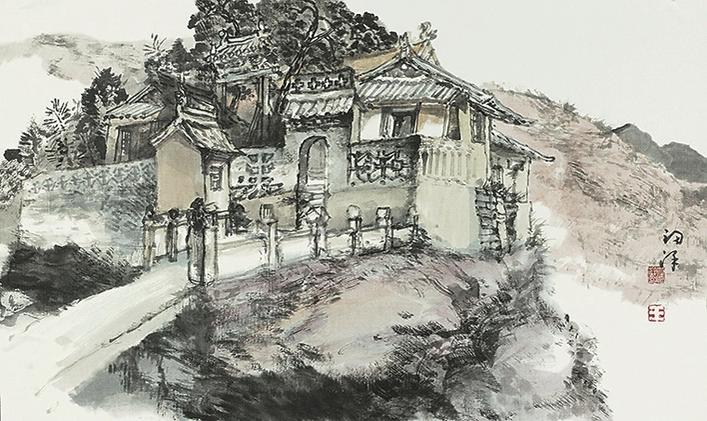 A painting by Wang Fuze. Photo from the exhibition organizer’s WeChat account

Wang Fuze, the second artist showing ink paintings in the exhibition series, graduated from Shenzhen University and now teaches at a high school in Longgang District.

Built in 1931, Nanzhong School is the first batch of protected historical buildings in Shenzhen and one of the immovable cultural relics in Pingshan. White walls, green tiles, cornices and carved pillars demonstrate a distinctive Southeast Asian architectural style. The school was originally built for the children in two local villages. Unlike other schools in those days, Nanzhong School accepted girls and even married women as students. It also offered courses in nature, art, music and PE, filling the gap of physical and artistic education in traditional schools in the early 20th century. In 2018, it was renovated by Pingshan District into one of the district’s community libraries.