Leica lovers should not miss the “Meet Camera” exhibition at the Foresee Space, where 30 Leica cameras, 18 old photographic works and 60 photo books are on display. Entry is free. 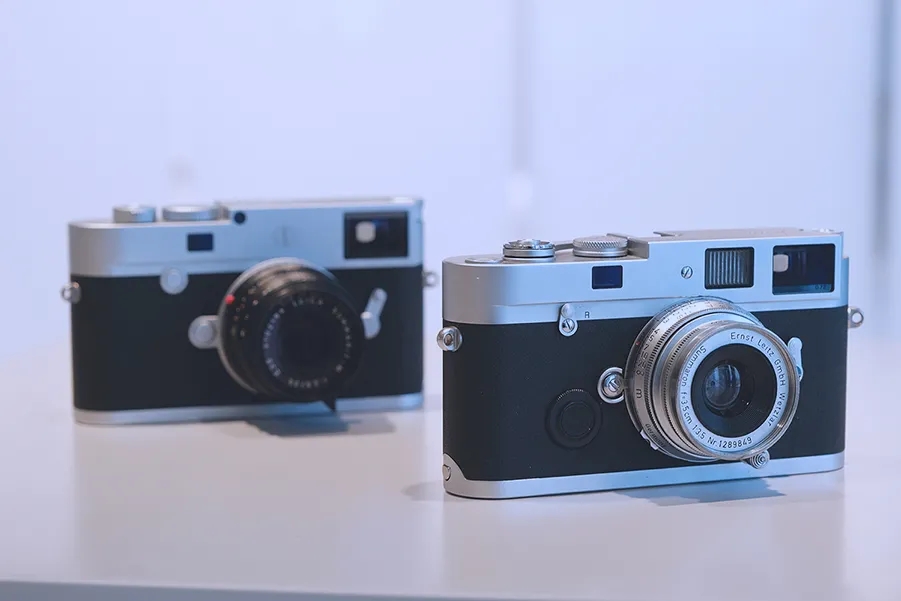 At the exhibition, visitors can admire old celebrity and landscape photos, such as a 1955 photo of Marilyn Monroe by Edward Feingersh, a 1966 photo of Yves Saint Laurent and Catherine Deneuve by Alain Noguès, and a 1961 photo of Salvador Dalì by Alberto Durazzi. A 1961 photo of Salvador Dalì by Alberto Durazzi.

Kenna is an English photographer best known for his unusual black and white landscapes featuring ethereal light achieved by photographing at dawn or at night with exposures of up to 10 hours. His photos concentrate on the interaction between ephemeral atmospheric condition of the natural landscape, and human-made structures and sculptural mass.

Brandt (1904-1983) was a British photographer and photojournalist. He became known for his images of British society as seen in magazines such as Lilliput and Picture Post; later he made distorted nudes, portraits of famous artists and landscapes.

Frank (1924-2019) was a Swiss photographer and documentary filmmaker. His most notable work, the 1958 book titled “The Americans,” is acclaimed for his fresh and nuanced outsider’s view of American society. Critic Sean O’Hagan, writing in The Guardian in 2014, said this photo book “changed the nature of photography” and “remains perhaps the most influential photography book of the 20th century.”