A collection of old photographs of Shenzhen from the late 1800s to now are on display at the “Image-City-History: Shenzhen 1891-2020” exhibition at Guan Shanyue Art Museum. Entry is free.

The 200 photos and 15 films and documentaries presented by 40 artists and organizations, as well as old books and magazines, tell an interesting story about where Shenzhen has come from to where Shenzhen is going, in commemoration of the 40th anniversary of the founding of the Shenzhen Special Economic Zone.

The exhibition begins with a 1920s photo of a group of students of a girl’s school built by Basel Mission in the late 19th century in Longheu (modern Langkou Village in Longhua District). According to curator Chen Dong, the photo, together with other photos depicting the Hakka villagers’ lives taken in the 1890s-1900s, was taken by missionaries who taught at the school. These photos were believed to be among the earliest images of Shenzhen. 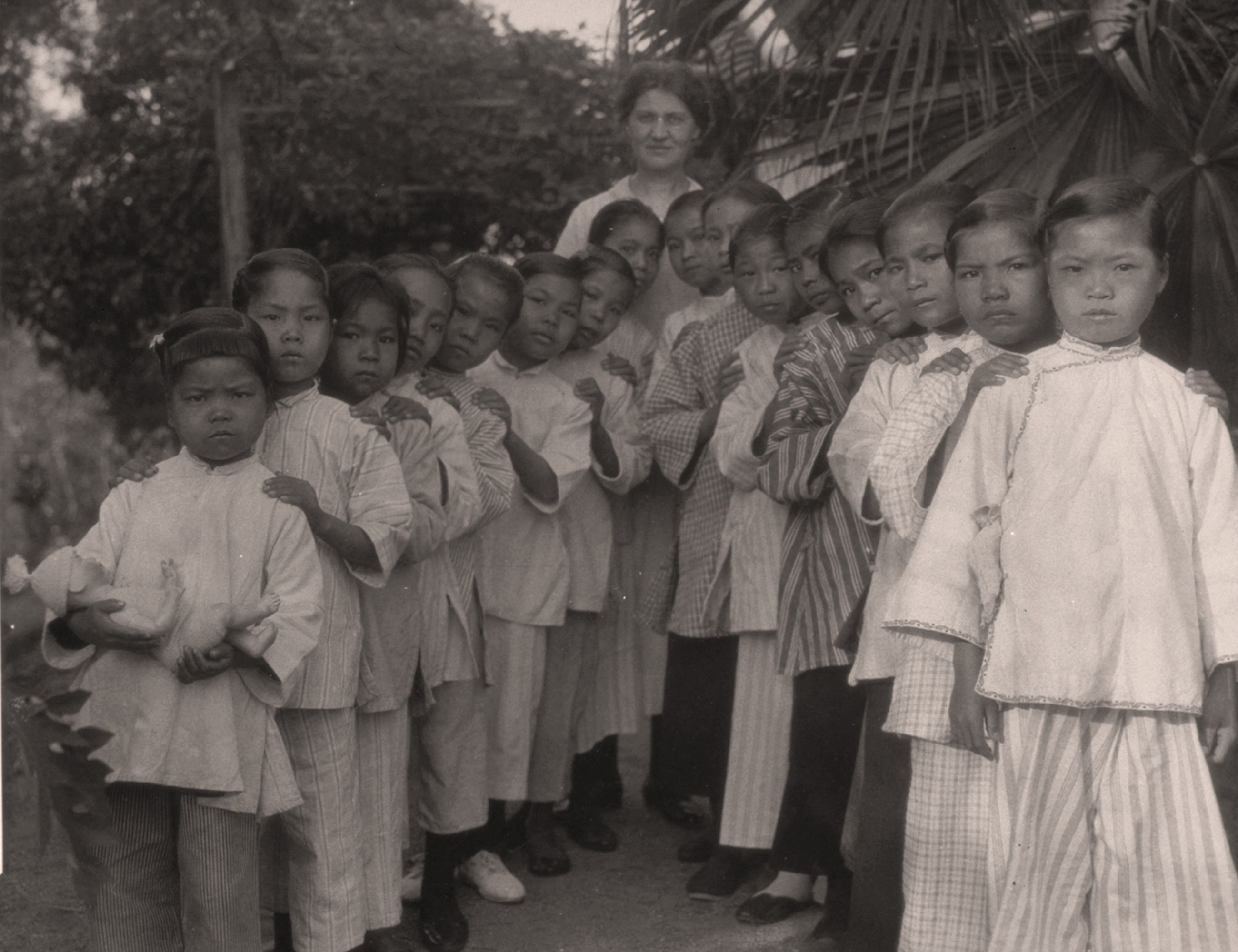 The school was very famous back then, and attracted students from Dongguan, Huizhou and Hong Kong who were studying there. Today, the girl’s school has become the Longheu P+V Gallery, dedicated to researching the school’s history, Hakka culture and Chinese education in the late 19th and the early 20th centuries.

Rare photos taken by U.S. journalist Harrison Forman around 1949 and British teacher Mary Clark in 1962 are also exhibited for the first time, showing foreigners’ curiosity in the Chinese mainland at that time. A Forman’s photo features a woman with a typical Hakka outfit walking in Chung Ying Street (Sino-British Street) around 1949. The street in the Sha Tau Kok village (modern Shatoujiao) was divided by the Sino-British border monument after Hong Kong became a British colony in 1898. 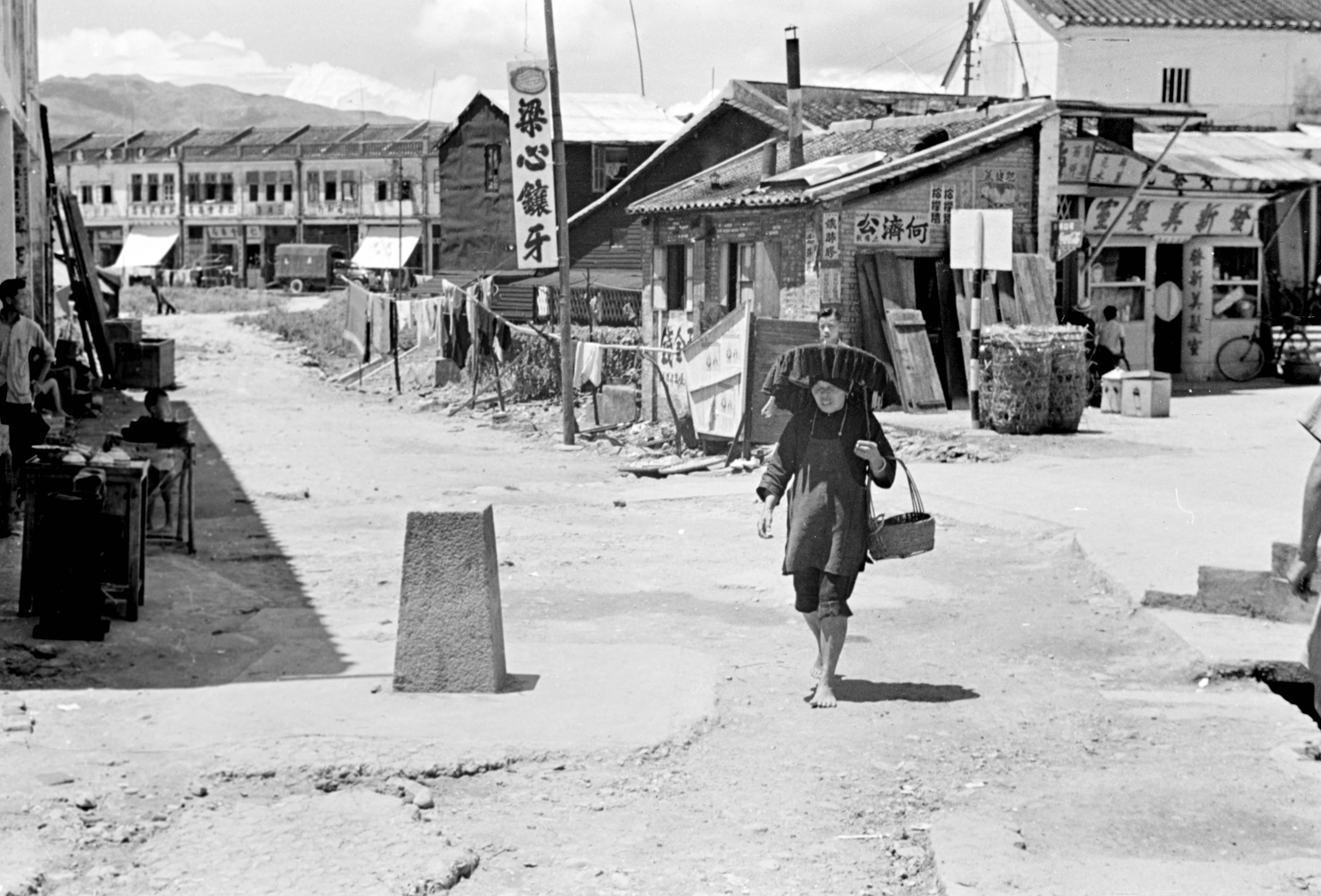 A woman walks beside the Sino-British border monument in Sha Tau Kok village (around 1949). Harrison Forman

Photos of remarkable moments of Shenzhen’s development over the past 40 years present the tremendous energy of the city: A photo by He Huangyou in 1979 recorded the blast of a mountain in Shekou, an event that marked the beginning of the construction of new Shenzhen; a photo by Zhou Shunbin in 1981 that witnessed 20,000 infrastructure engineers coming to Shenzhen for the Special Economic Zone’s construction; and a photo by Zhang Xinmin in 1992 that sees a stock investor anxiously watching a screen in a stock exchange hall. 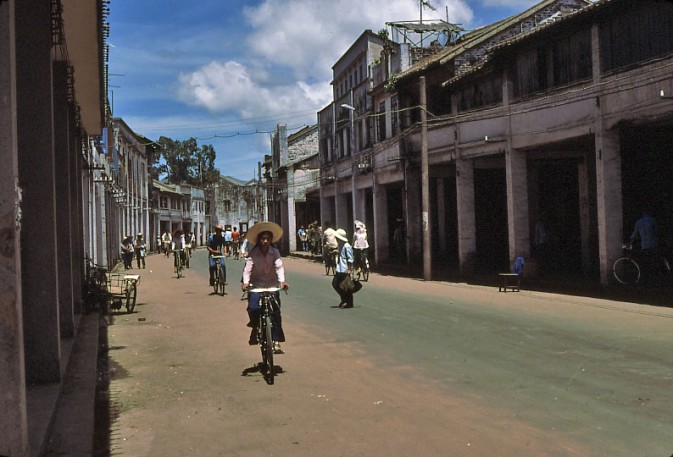 In addition to the historical photos showcased at the exhibition’s “Documentary and History” and “Vision and Global” sections, experimental photographic works, films and documentaries by Chinese contemporary artists in the “Experiment and Contemporary” section add a unique feeling to the exhibition. The works focus on the impact on individuals during the city’s transformation in the reform and opening up.

Curator Chen said that Shenzhen is influential in the modern history of China and the country’s ongoing development. The history of Shenzhen is cross-cultural and cross-regional, as expressed by its rich and complex achievements in economy and culture. Shenzhen’s history is so unique that it attracted international photographers like Marc Riboud and Pablo Bartholomew to take photos here.

The exhibition is hosted by the Shenzhen International Urban Image Festival Organizing Committee, the Southern Metropolis Bay Area Urban Aesthetics Institute and the Guan Shanyue Art Museum, and organized by the Daken Art Organization. Dong Bingfeng, a researcher of the China Academy of Art’s School of Intermedia Art, is the exhibition’s academic advisor. Curator Chen is the initiator of the 2014-2020 Shenzhen International Urban Image Festival.